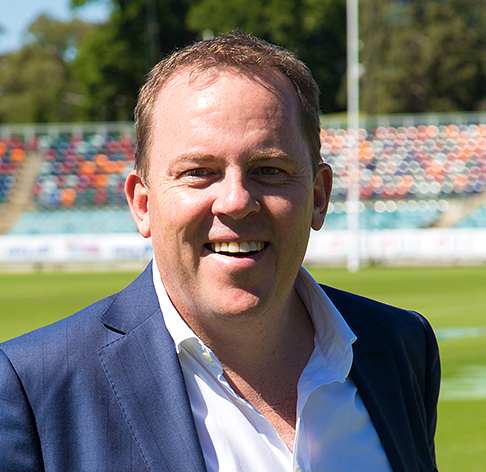 David Matthews was appointed CEO of the AFL’s 18th AFL club, the Greater Western Sydney GIANTS, in October 2011. Prior to joining the GIANTS he was General Manager of National and International Development at the AFL.  As CEO, he has overseen the GIANTS’ entry into the AFL competition, the opening of Spotless Stadium at Sydney Showgrounds, the development of a $12 million training  and administration facility at Sydney Olympic Park and the GIANTS’ most successful season yet in the AFL. Under David’s direction, the GIANTS have established a host of successful commercial and community programs in both New South Wales and the ACT, including the acclaimed ‘GIANTS Care’ initiative. David is married with three children.